Giordana after kata team presentation at the 2010 World Cup

“It is with great pride that once again the traditional Brazilian karate will receive an edition of the world championship, repeating the 2010 done. At that time I competed in the categories kata for team and individual kumite, now, in the local organizing committee, I will contribute with all the experience gained in my career as an athlete, ”Giordana explained. She prioritizes to receive very well the foreign karatekas that will go to Curitiba.

“In addition to the participation of a significant number of athletes from around the world, we expect to see excellent performances and clashes, as traditional karate has experienced enormous technical evolution in recent decades. ITKF is preparing a big event in Curitiba, my city, and hosting the world championship here has special importance. In the other countries where I competed I was always very well received, and we are working to give our counterpart ”, detailed Giordana.

Born in the capital of Paraná on March 17, 1969, at the age of 13 the world champion took her first steps in the Bodhidharma Academy tatami, and after serving the Brazilian national team for two decades, sensei Giordana today prioritizes the promotion of technical exchange and human development through the practice of karate.

“This is the biggest traditional karate event because it involves the main athletes, referees and leaders of our sport, and the event offers a unique opportunity for the exchange of experiences and technical knowledge. ITKF seeks to improve world championships, and in recent years has held numerous technical courses and events in various countries, focusing on expanding the technical base and promoting human development through the practice of karate. We are sure that the world will project ITKF globally, ”he concluded. 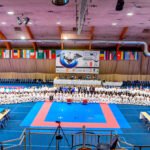 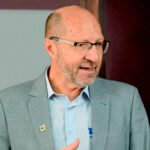 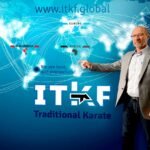