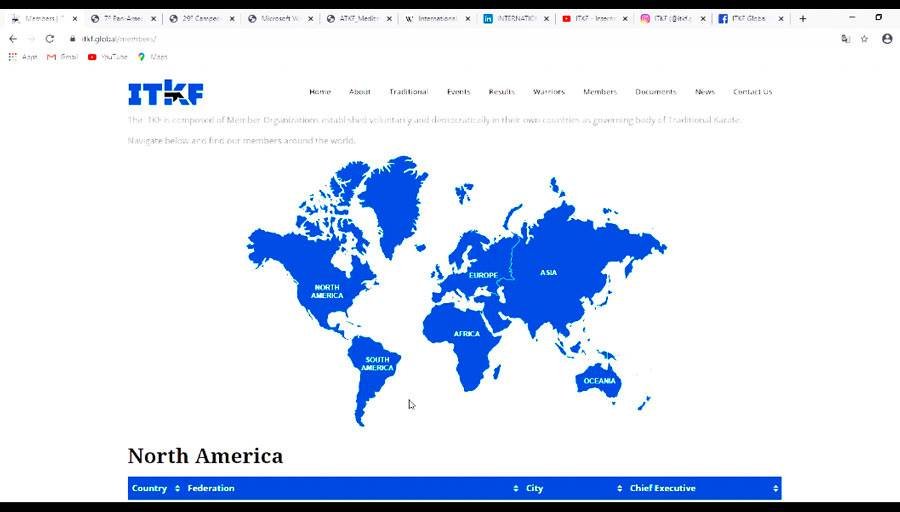 Unprecedented event of the International Traditional Karate Federation brought together the main names of the sport in Asia, Europe, Africa and the Americas

The Executive Committee of the International Traditional Karate Federation (ITKF) officially launched its new portal this Saturday (11), in an unprecedented meeting of officers and members of the executive committee, shihan-kai, technical committee, athletes committee and communication and marketing committee of the entity. 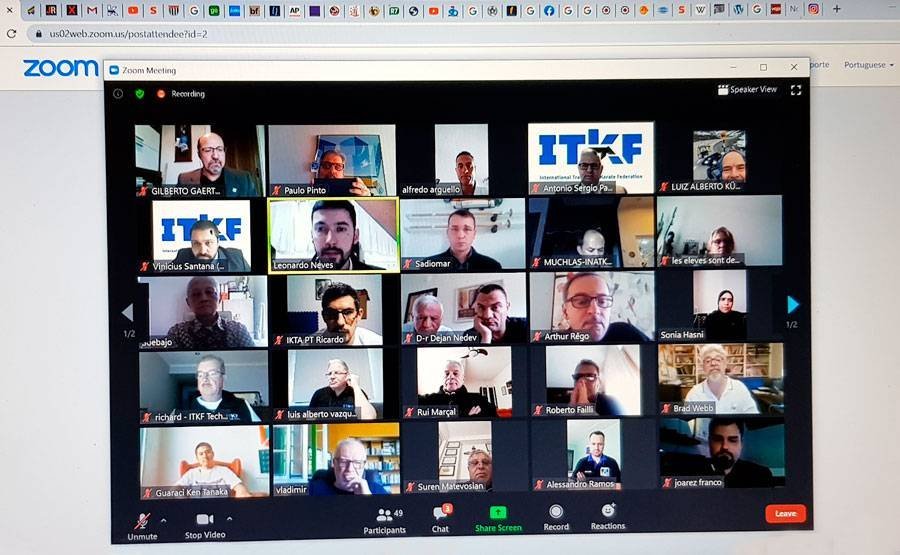 Part of the managers who participated in the meeting

Professor Dr. Gilberto Gaertner, chairman of ITKF, revealed details of the first virtual global meeting of traditional karate-do, which took place through the Zoom application and brought together more than 50 leaders from Asia, Europe, Africa and the Americas.

“The idea was to bring together all the member countries of the organization to present the next projects of the International Traditional Karate Federation and launch live the new portal of the entity”, said the world leader of traditional karate-do. “Having an own and updated website was a point of honor to be able to move forward institutionally. The portal, planned by our team, will be a valuable official communication tool for ITKF and results from important group work. Our team showed willingness and competence, and I congratulate everyone for the hard effort in implementing this project”, said the leader. 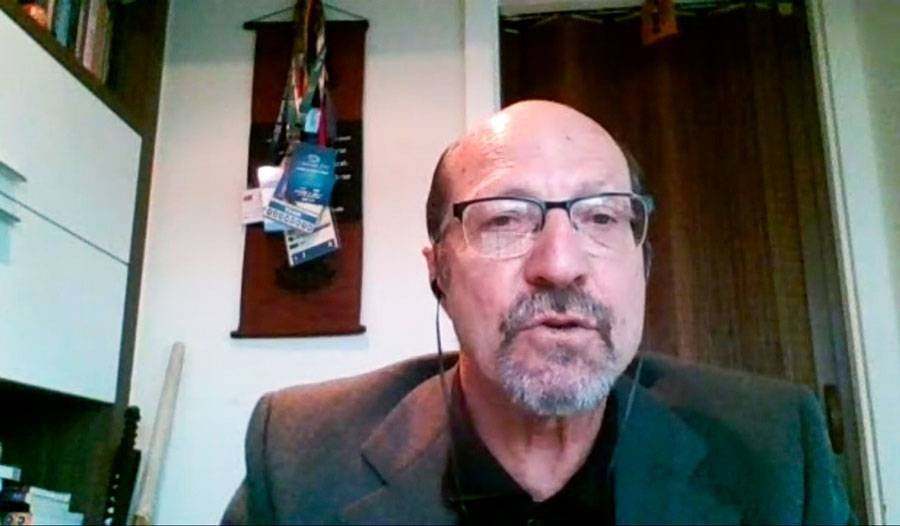 Reaching the expressive mark of 859 accesses on the portal and reaching 1,064 Internet users through Facebook, in the opinion of Luiz Alberto Küster, ITKF general secretary, the transmission of the official launch of the new portal via the web was totally successful and exceeded expectations.

“Upon leaving, sensei Hidetaka Nishiyama, left an important mission for all of us: the responsibility to pass on the true spirit of karate to future generations. The ITKF website will be the virtual home of Professor Nishiyama’s memory and the most important tool for disseminating his teachings, fulfilling the mission he gave to all of us. ” 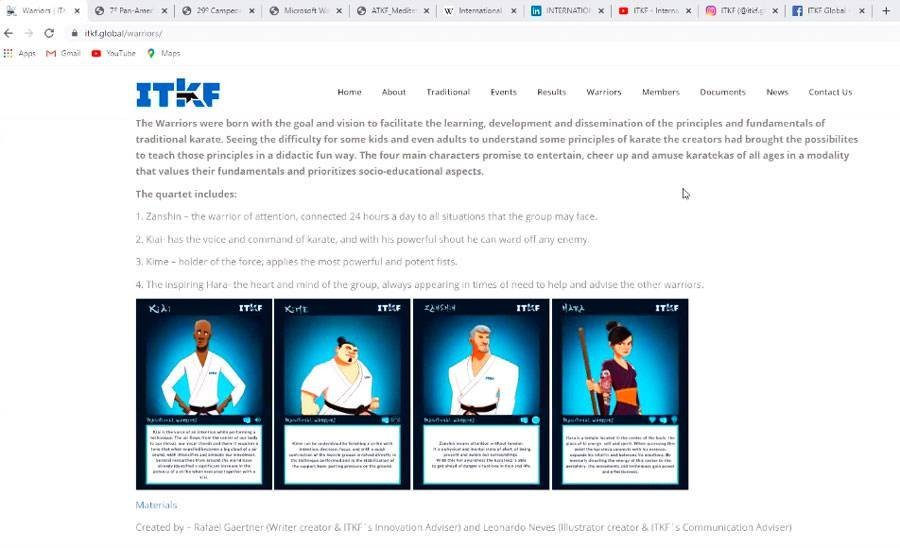 By highlighting the challenges and emphasizing that the speed of information is decisive today, Joarez Evangelista Franco Júnior, ITKF’s information technology advisor, revealed the reasons that guided the creation on the entity’s new portal.

“Currently, digital communication is essential and speed makes all the difference. Everyone searches for information about institutions on the internet and the more they are available the greater the institution’s credibility. What guided us on this journey was the need to bring updated information quickly, in a centralized model and in line with current visual standards. The biggest challenges are data consolidation and maintenance, but the launch of the institutional portal is the first stage for many. We now have a channel to communicate innovations and publicize traditional karate events. ”

The ITKF general secretary highlighted the technological innovations that resulted in an important breaking of obstacles that hindered and made management more expensive.

“In addition to the launch of our new portal, with innovative management tools, we had a global virtual meeting that established a new paradigm. Before, meetings like this – with participants from Japan, Uzbekistan, Indonesia, Macedonia, India, Portugal, Italy, France, Germany, the United States, Canada and Mexico, for example – only took place every two years, in parallel to the world championships, due to scheduling difficulties and high cost. Professor Gilberto Gaertner has already announced the general meeting of the ITKF for 90 days from now, which will also be virtual, to move forward with an agenda that had accumulated a lot before. 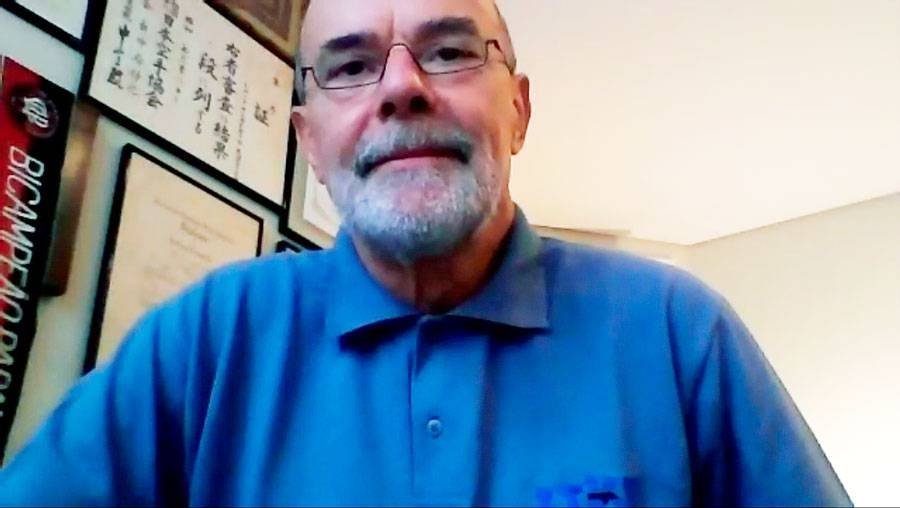 Joarez Franco pointed out that the planning for the next stages includes an e-commerce platform and distance learning, in addition to a complete registration system and access to federations and associated black belts. The idea is to move towards a complete digital solution.

The ITKF chairman recalled that this was only the first step. “We intend to transform our website into a platform that will meet all the demands of Traditional Karate University and a series of online courses remotely. The website will be expanded afterwards, but this was a very important step, not least because the international federation had for many years had no website that could show exactly what the institution wants and has to say to its members. Today we have this tool that will be progressively readjusted to accommodate future projects.” 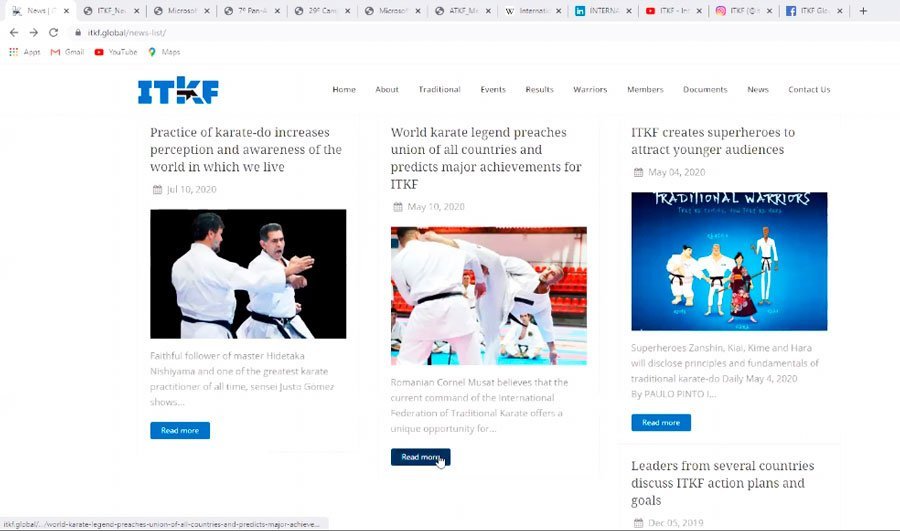 Gaertner recalled another remarkable event at this Saturday’s meeting. “This was the first virtual meeting in the history of ITKF, a meeting in which we gathered a very large number of members, and this opens up new perspectives for us to be able to hold events online. We have already scheduled a general meeting that will be the first general meeting via remote. This fact is remarkable when we think that we have representatives on all continents. From then on, we will have a greater frequency of meetings, which will help all members to update themselves and allow us to make faster decisions and listening to all involved. I think we opened a very important window and we will have more activities online. We had a significant adhesion with more than 70 managers on our Zoom link. We had just over 50 countries represented, and this is a very interesting fact. As soon as we finished the transmission, we received messages of support for our unprecedented action, and three more countries have already applied for membership.”

The information technology advisor concluded by showing great optimism in the evaluation of the event. “I was really happy and honored to be part of this initiative, which I believe is a historic milestone for the organization. I was impressed with the number of participants and countries. All members of the board and committees are very committed to maintaining the tradition, and the level of seriousness and competence of everyone involved is really impressive. Without a doubt, the excellent teamwork and partnership with the communication committee in the creation of visual content and dissemination of the work were determining factors in the success of this initiative ”, said Joarez Franco. 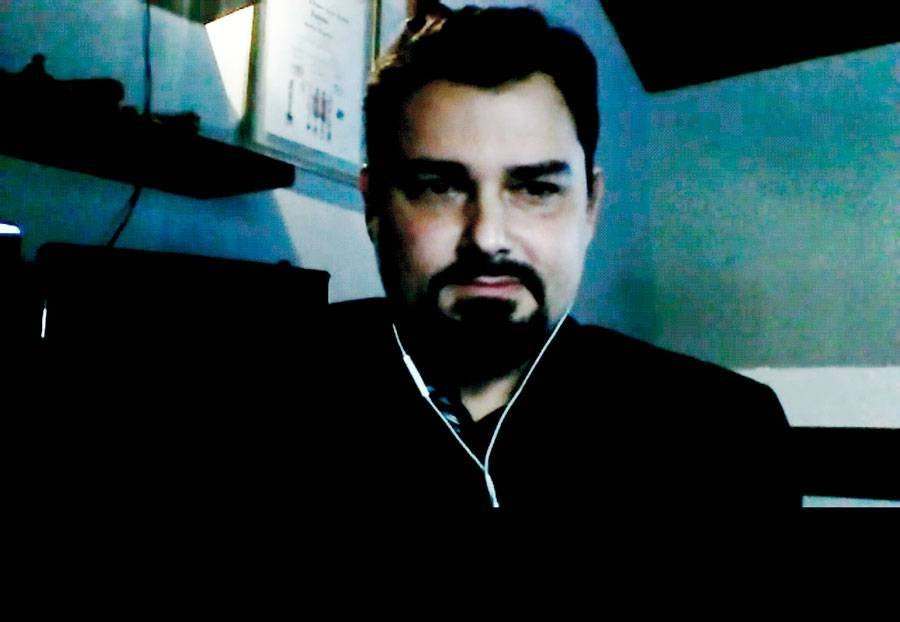 Gilberto Gaertner believes that it was a very important step in the direction of modernity and the future of ITKF and believes that the time has come to reorganize continental federations.

“Now we have access to all information and in the second semester we will hold elections in continental federations with the participation of all countries that are duly qualified and in good standing with the entity. Next, we will start the registration process for black belts registered with the ITKF. In the space where we have affiliated members, we will also have a specific sector to insert black belts from each country that are formally registered with the ITKF. This will provide more security for traditional karate practitioners worldwide. From then on, every practitioner will be able to identify which teachers are actually registered with the ITKF to teach traditional karate classes. From that moment on, we will make an important institutional adjustment”, said the leader, who ended by highlighting the entity’s objectives.

“We have goals that are already underway to increase membership; one specific for each continental federation to fulfill by the end of this year, and another more daring to be achieved by the end of 2021. The institutional proposal is to close 2021 with 70 affiliated countries, and this will be a lot of work for our technical commission, because we will have a lot of new people coming in and all these practitioners will need to be trained with the technical basis of traditional karate. We are already preparing for this”, predicts professor Gaertner. 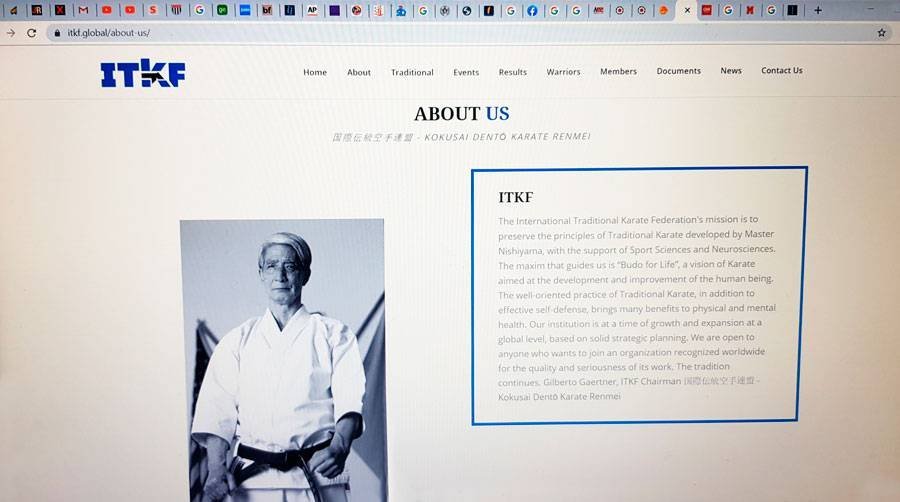 ITKF members at the meeting 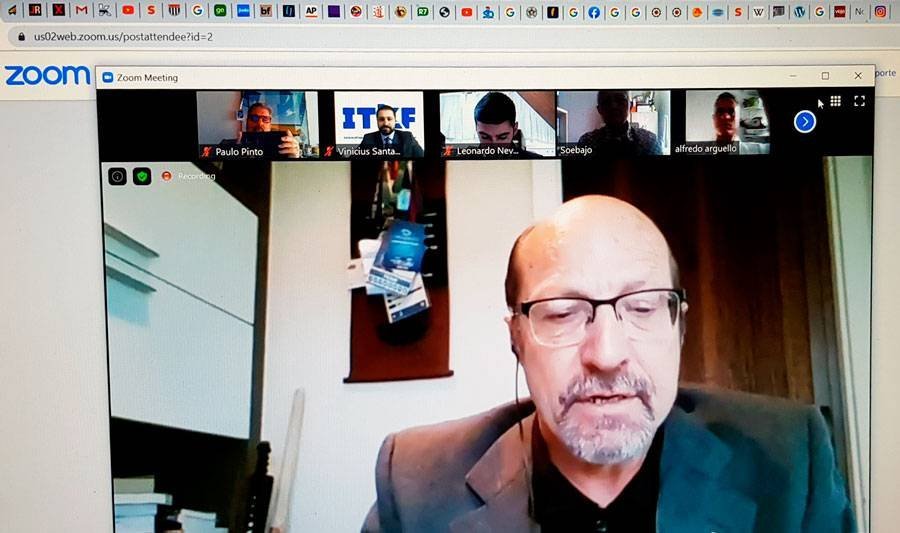 The representatives of the shihan-kai who were at the meeting were Tasuke Watanabe (Brazil), Vladimir Jorga (Serbia), Richard Jorgensen (Canada), Bernardo Contarelli (Italy), Gilberto Gaertner (Brazil) and Vencislav Nedev (Macedonia). 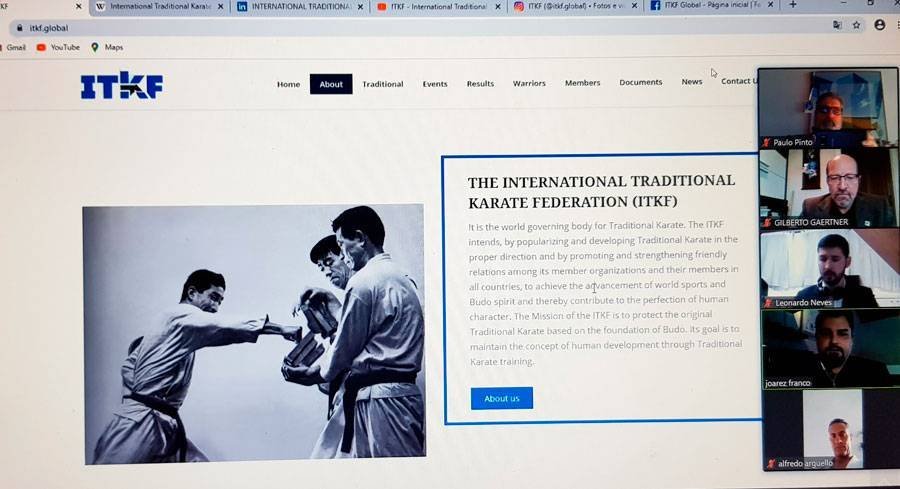 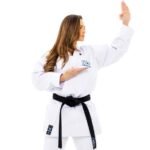 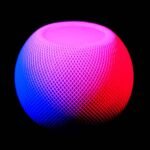 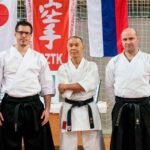